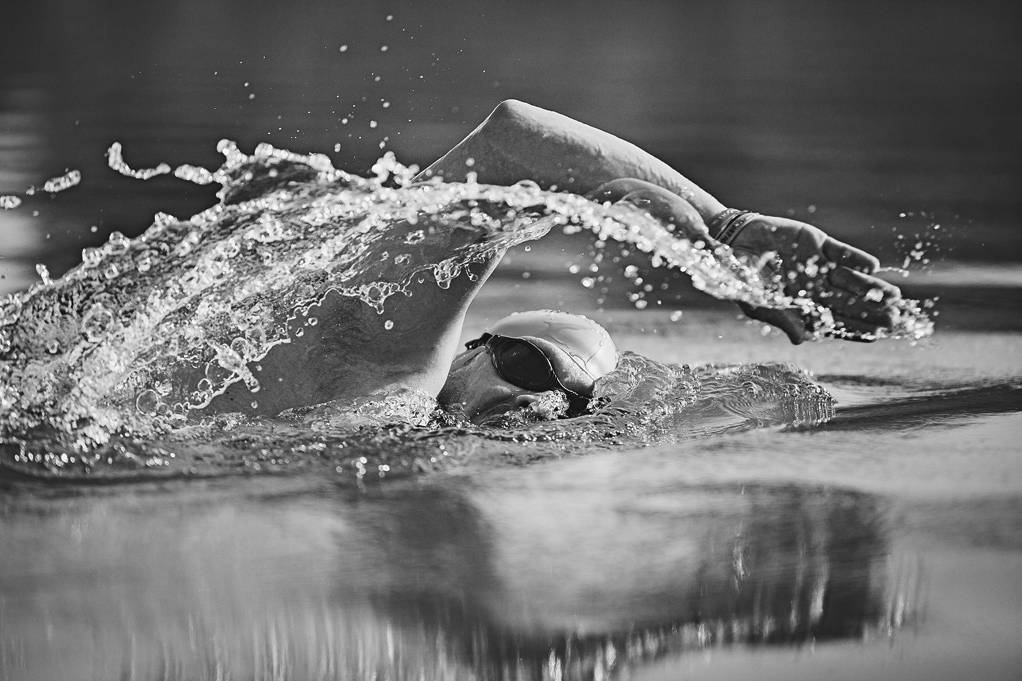 Ice Swimming is full of heroes – people that are brave enough to get into the icy waters time and time again for their training.  And then there are those that are super-heroes… the ones who don’t manage to swim a mile in water under 5.0ºC, and yet come back to brave the icy waters again, […]

Ice Swimming – and especially Ice Mile swimming – requires a steely determination and Fiona Woods definitely has that! In fact, she’s so determined that sometimes she’s a coach’s nightmare because she is so focussed she ‘forgets’ to listen! [I think we’re ‘dead men walking’ now! Ed.] Fiona’s journey into Ice Swimming, as you’ll see from […]

At the age of 22, Jonty Warneken and his 1963 MGB Roadster collided with a tree.  As a result of the accident, his left leg was amputated below the knee, and his right ankle was left dislocated and broken.  In the weeks following his accident, Jonty had further extensive surgery to rebuild his skull, with much of […]

Ice Mile swimmers are thermometer watchers.  As soon as the glorious colours of autumn have fallen by the wayside we are checking the water temperature eagerly watching for it to drop to the icy mark of 5ºC.  And, as we’re watching the training begins in earnest; continuing to enter the water as the temperature drops, […]

Cerys Thomas’ story is really the story of two ice mile attempts.  His first attempt, in January 2016, resulted in him calling a stop to his own swim after completing about 1300m.  But then, one month later, showing immense determination, Cerys re-entered the water at Harthill Reservoir in the UK, on 10th February 2016, and […]

Just over a year ago, on 23rd January 2016, we had the immense privilege of providing the safety and guidance to Nicola Naunton as she undertook her Ice Mile attempt at Harthill Reservoir, near Sheffield, in the United Kingdom.  With a water temperature of 3.13ºC, Nicola stepped into the water and swam a distance of one mile in […]

January 2017 has definitely been a month of firsts for us here at Swimyourswim – and David Coleman is one of them.  This month he became the very first male New Zealand Ice Miler.  In our interview with him, we find out why this Kiwi travelled all the way from the other side of the world […]

Subject to ratification by the IISA board, Jess Campbell came and took the SYS team at Hatfield by storm last Saturday as she cruised her Ice Mile in 26minutes and 8 seconds.  Here, in her own words she describes her experience at Hatfield… “On 21 January 2017, I completed my second Ice Mile under International […]

Last weekend saw Donna Livingstone, one of our Hatfield swimmers attempt her first Ice Mile swim.  Donna has been swimming with us and training for her Ice Mile over the last summer and winter season.  In an interview with Leon Fryer, one of our lead open water swimming coaches, she tells the story of her […]